When Lenovo announced the original Yoga 11 many of us thought that it sounded like a fantastic portable notebook. Then they revealed that it would run Windows RT, and interest pretty much faded instantly. Now the company has finally come to its senses and returned with the Yoga 11S and a full blown version of Windows 8. Hmmm, tell us more.

Now, regular readers of the blog will know that I have a love/hate relationship with Windows 8. There are plenty of aspects I enjoy about the new Microsoft OS, but hardware limitations – mainly poor touchscreen and trackpads – have made using the finger focussed new age of Windows less than fun in many, many cases.

The first laptop that really made me take W8 seriously was the excellent Thinkpad X1 Carbon, which I reviewed on this site (here). You must have also liked the device as the review has gone on to the most popular one I’ve ever written.

So how does the new touch enabled, light-weight notebook compare to its bigger brother?

The first thing you notice with the 11S is the colour – Clementine Orange – and just how gorgeous it is. After so many years of either cheap, shiny plastic or dull, grey aluminium, to finally have colour on a laptop that doesn’t look like it belongs in Toys R Us is a joyous thing. It took me about three seconds to fall in love with the drop dead cool look of the X1 Carbon, and the 11S managed the same feat in an even quicker time. I’ve heard many complaints about the Thinkpad and Ideapad line looking a bit boring, but I have absolutely no idea what people are talking about. To me those two lines of laptop are easily the best looking on the market today, yes, even prettier than the ever praised MacBook line, which just looks corporate and, well, boring to me at the moment.

Opening up the case reveals the island style keyboard which is now a standard on the Lenovo notebooks, and no wonder as it’s pretty damn good. Each key is curved at the edges, so this makes them feel slightly small, but I had no problem at all typing on it, in fact its one of the best keyboards I’ve used in a while. The Touchscreen on this device is an 11.6″ display boasting a pretty standard 1366×768 resolution. The colours and brightness are a little muted, possibly because of the touchscreen layer, but it’s more than enough quality for the general day to day uses that a notebook is designed to fulfil. Touch response is very good, which makes the swiping in from the edges gestures that Windows 8 employs easy to pull off. This wasn’t necessarily the case with the previous incarnation of the Yoga series (see my review for the Yoga 13), which proved twitchy at times, so Lenovo have obviously worked to improve the drivers and touch sensitivity in the newer models. Always a good thing.

One area that still needs serious attention though is the trackpad, which became a constant source of annoyance during the test. As a rule I normally turn off the Windows 8 gestures straight away as they only prove an irritant by continually opening the Charms Bar whenever you move your finger in from the right side of the trackpad. This did make the 11S more consistent, but the normal multi-finger gestures that you’d expect to work without a hitch, such as two finger scrolling, proved extremely unreliable. One moment you’d be moving down through a webpage quite happily. The next you’re just moving the cursor around with two fingers. Most notably it was the scrolling up with two fingers that often failed to trigger. I’m hoping that this is a simple case of the driver software needing to be fixed, as the trackpad is otherwise smooth and comfortable to use. 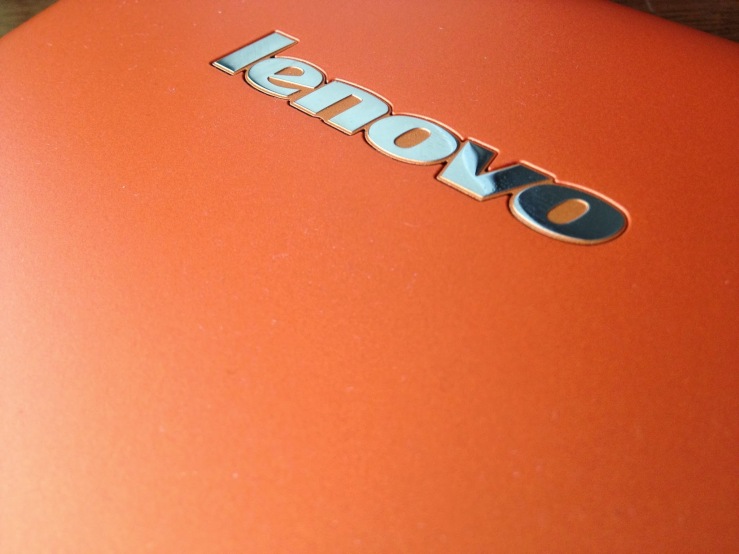 Windows 8 comes as standard of course, and works well on the 11S. Apps loaded speedily, I encountered very few hangups, and generally found the system to be up to the normal browsing, writing, and Youtubing demands that I expect from a notebook. The smaller screen might make using image or audio editing software a bit cramped, but if you want that kind of functionality its probably better to pick up one of the 13″ models Lenovo offer instead. It’s worth noting that this particular review sample reports to be equipped with an i3 CPU, which is not one that you’ll be able to buy. The current roster only features i5 and i7 chips, which should give the Yoga a bit of a speed bump on top of what is already a pretty nippy machine. Sadly the new chips are not Haswell, so you’ll need to wait if you want the crazy all day battery life that Intel’s new progeny offers, but in two weeks of using the 11S I never felt that battery life was an issue, with the machine always seeming to make it through the working day.

As you can probably tell I’m a little smitten with the Yoga 11s. It’s a cracking machine in a very attractive package. The keyboard is great, the touchscreen too, and if Lenovo can sort out the deficiencies with the trackpad then it has quite a tempting proposition for those looking to buy a powerful and portable Windows machine. The only real issue, which sadly is a big one, is that in order to actually buy this laptop you’re going to have to fork out the best part of £1000. It does seem to be the asking price of lightweight machines at the moment, with the Macbook Air occupying a similar position in the market, but it feels hard to spend that much on this device. Yes it’s capable, smart, good to use, and stands out from the crowd. Whether that’s enough to justify this kind of cash though will be the factor that decides how you view the machine. If it was £600 I’d be typing in my credit card details right now, that extra £400 though makes it a far more considerable investment, and stacks it up next to the 13″ Macbook Air which is hard company to keep. Still, if you have the funds available, and want something distinctive, then the Yoga 11S is a very likeable device that will no doubt make an excellent companion on the road.