When Canon launched the EOS M, its first Compact System Camera (CSC), back in the summer of 2012, the unit arrived with an eye-watering £700+ price tag. This might have been acceptable, after all it is a superbly built device, but along with the hefty cost it also featured a truly awful auto-focus system. Reviews were patchy, and the general advice found online leaned strongly in the ‘wait for the next model’ camp. Several months later Canon released a firmware update to help the crippled focussing issues, but in the ever changing world of technology this was a little too late to turn the tide of opinion against the EOS M. Time passed, prices dropped considerably, and then thoughts began to drift back to the camera that could have been.

If you head to Amazon or Ebay, it’s now quite possible to pick up a barely used, or even new, EOS M for between £250-£300, including a kit lens. This got me thinking…is this the best bargain camera available at the moment? So, I got one in to put it through its paces. 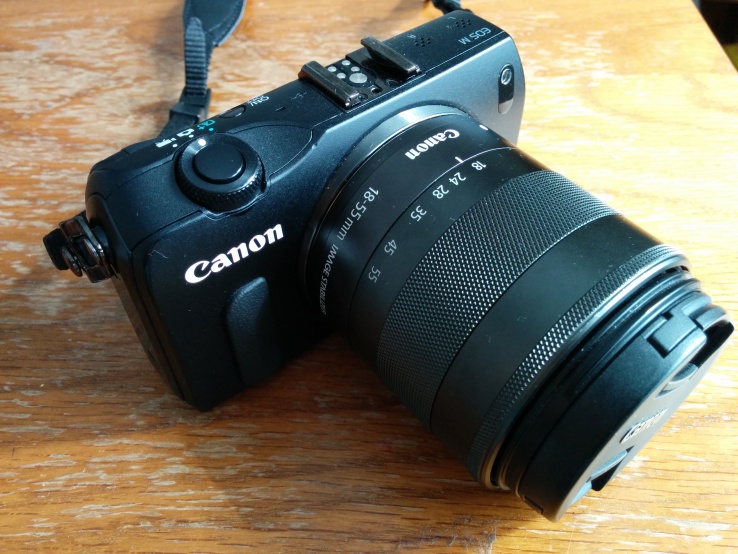 First impressions are very good. The body is solid, elegant, and feels sturdy enough to take out into the wild. The all metal construction certainly makes the camera feel like a premium product and a welcome departure from the mainly plastic chassis of its rivals. Canon include one of two lenses in the box, I received an 18-55mm zoom with image stabilisation, but other packs come with a 22mm prime lens. Here again Canon has opted to use an all metal body, which continues the high-quality theme. The zoom control on the lens is smooth and assured, plus there’s also a manual focus ring which exhibits the same authoritative response. There’s no doubt it’s one of the best kit lenses I’ve ever come across from a hardware point of view.

Controls on the device itself appear basic, to say the least, with a single dial on the top of the camera switching between Auto, Mode, and video. The reason for this simplicity is that the vast majority of the options available are found on the touchscreen display at the back of the unit. 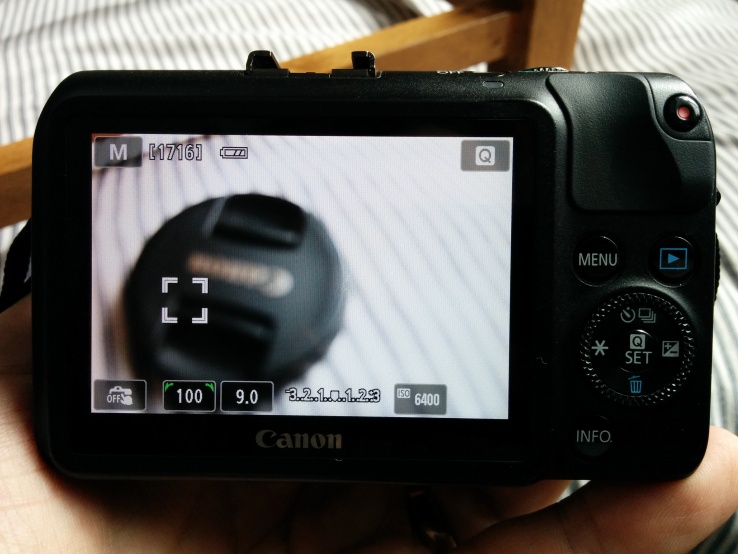 Here you’ll have access to controls for ISO, Exposure, Shutter speed and the like, depending on whether or not you’ve selected a manual mode from the menu. Hardware-wise there are a few function buttons available and a thumbwheel for navigation. It’s pretty standard fare, with the touchscreen being the hub of the device and responding in a particularly good fashion to commands. One additional feature is that you can set the camera to focus and take a picture by tapping on the screen, which came in very handy when I used the unit to do a spot of street photography in Borough Market.

While the EOS M is definitely lighter and more svelte than a DSLR, it’s still something of a stretch to call it a pocketable device. With the lens attached it looks, and feels, much closer to a small DSLR than a compact camera. This means that you need to decide whether to take it out with you or not, as opposed to being a device that you always throw in your bag. If you do opt to venture out then you’ll be wise to attach the neck strap, as the smooth body makes the EOS M a little slippery in the hand. All that being said, it’s a very nice camera to hold, with the small bulk keeping the weight down while still remaining reassuringly solid. A major omission though is that the screen doesn’t tilt in any way, so you have to frame every shot with the device held up in front of you. The screen is also quite reflective in bright sunlight (something that a tilting version wouldn’t really fix), so much so that on a few occasions I simply wasn’t able to take a shot due to the fact I couldn’t see anything on the display.

The recent upgrade to the auto-focus system has improved the speed at which the camera acquires its targets…but it’s still not great. Using the shutter button to focus is also hugely frustrating, as it regularly picks random things in the background rather than the subject you want. It did this time after time, and became irritating in no small measure. This is really disappointing as the results you can get with the EOS M are excellent. In the end I switched solely to the touchscreen shutter option (which of course lets you pick the focal point at the same time) and my results immediately improved. Here’s a few unedited examples; 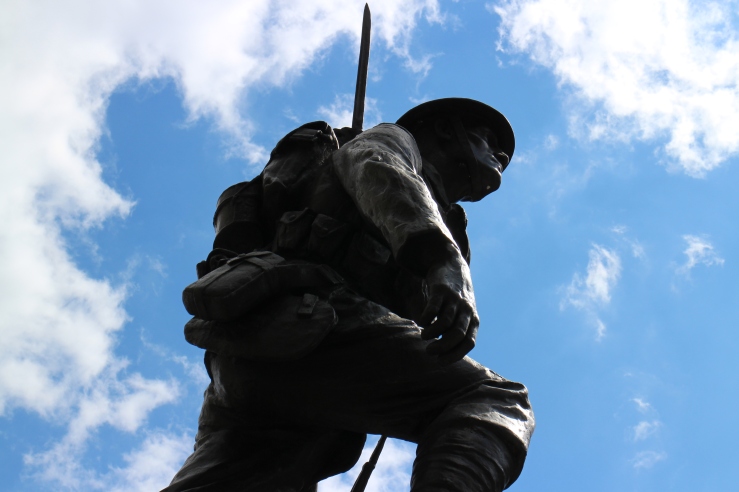 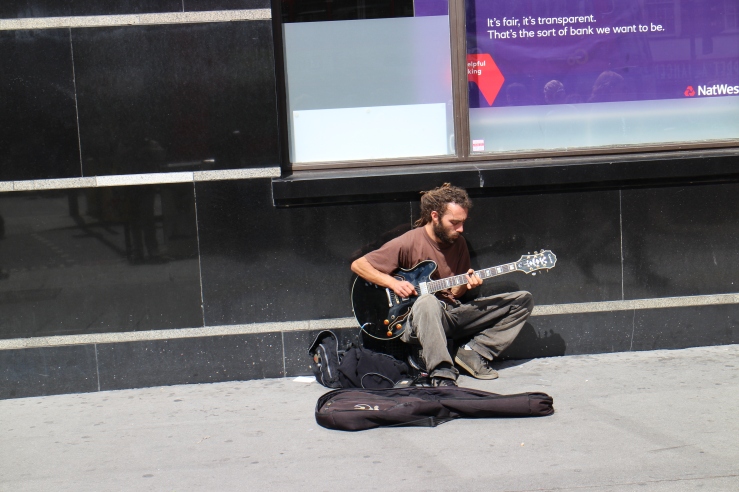 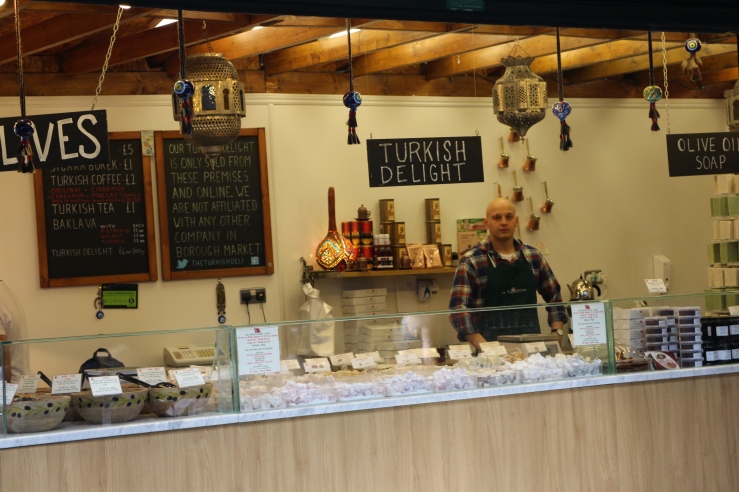 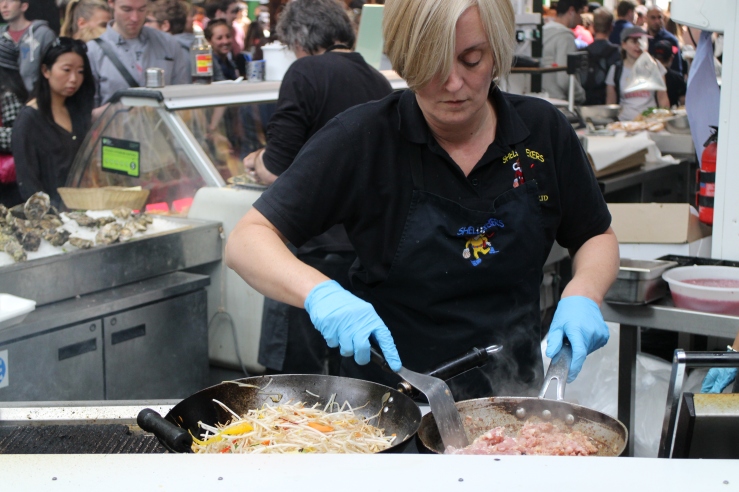 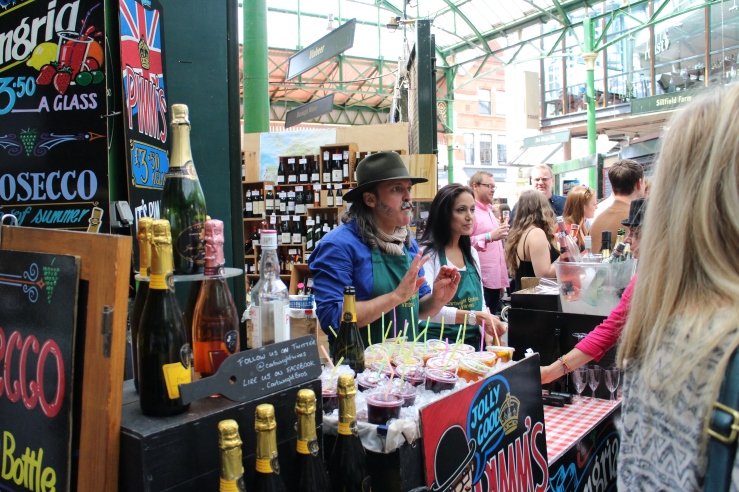 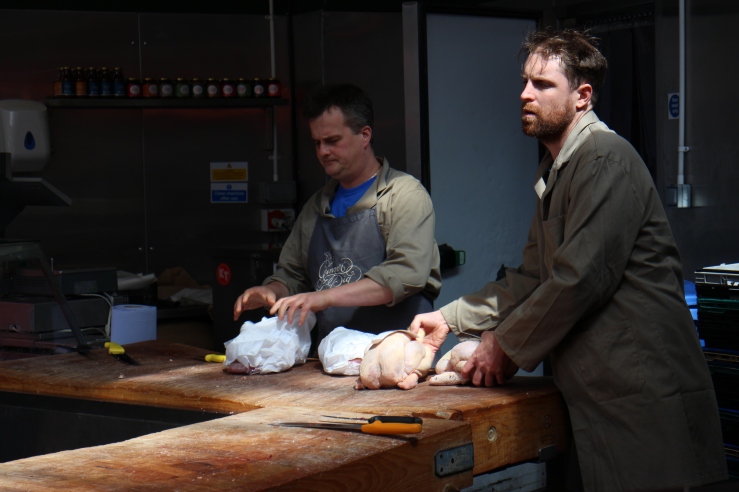 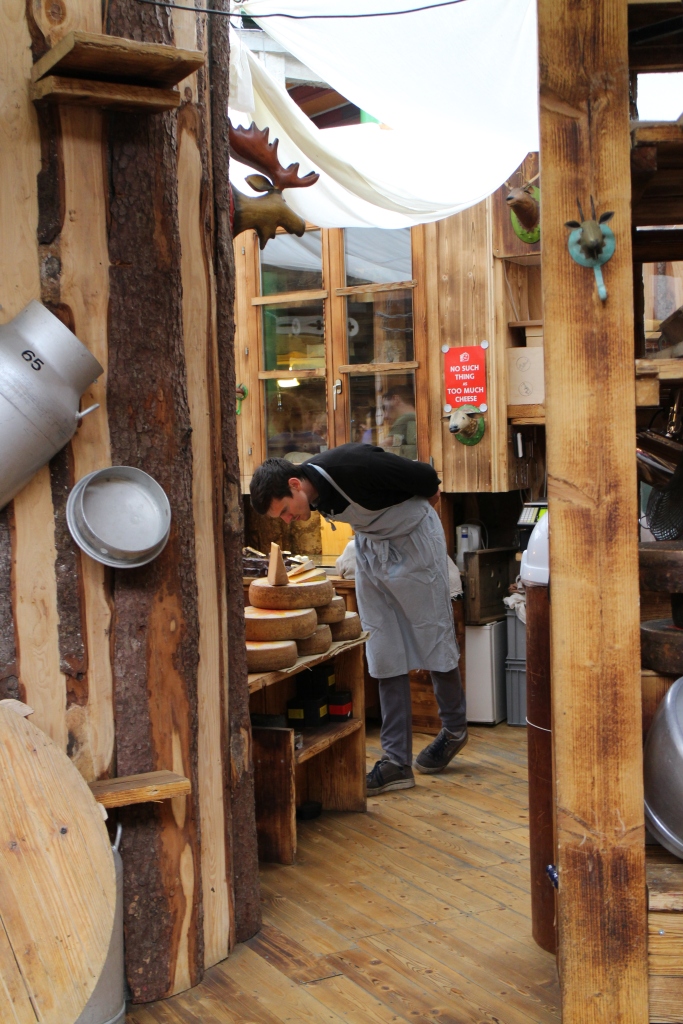 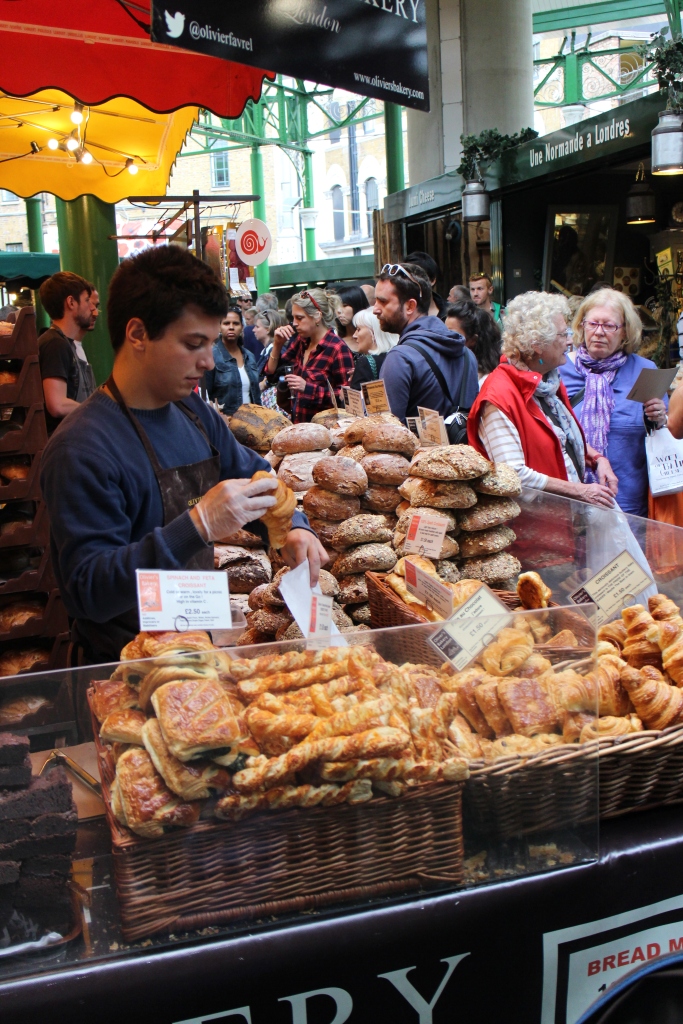 On the whole I was very pleased with the results, several of which became even better when cropped and converted to black and white. The diminutive nature of the camera meant people didn’t really notice me as I wandered around, which is always useful with street photography. The zoom did feel a little short at times, and the shutter lag from pressing the screen to the image being captured was annoying, but after a while I started to compensate for the delay. It did mean that I missed a few shots, but still came home with some very usable pictures.

Roaming busy markets during the daytime is fine, but I wanted to see how the camera coped with being indoors. So, in a time honoured tradition of the blog, I sent a call out to the only hero who can truly test a photographic device. The result, after far too much hunting for focus, was this… 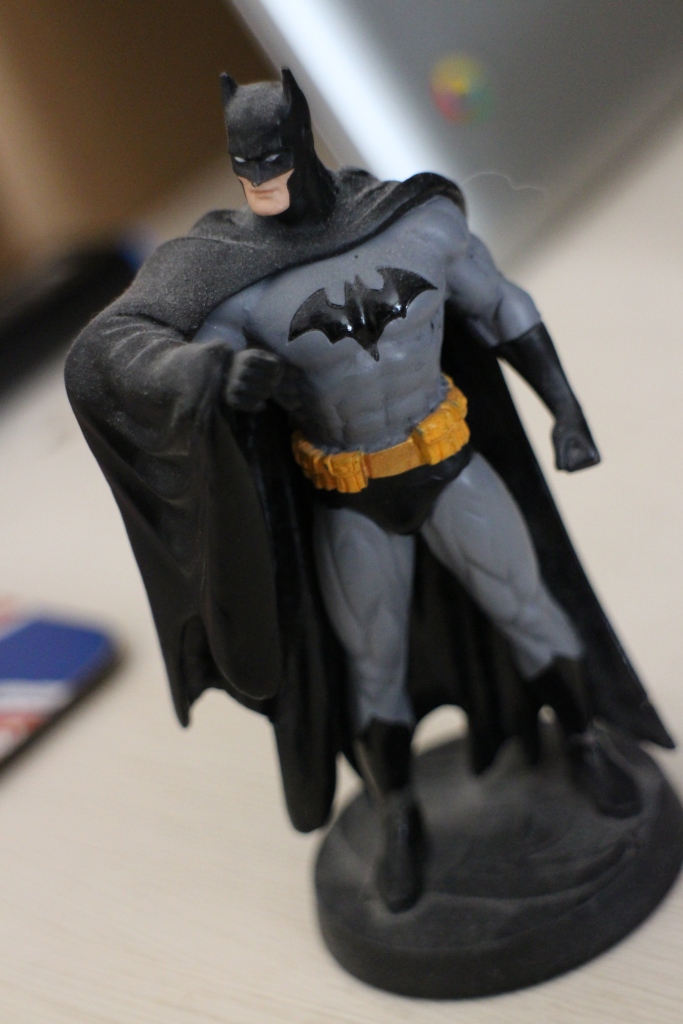 Hmmm, looks like I need to get the duster out.

Delving even deeper into the dark I set up my old lava lamp and got in close for a few more shots, this time using the manual mode to adjust the settings until they looked good on the camera’s screen. 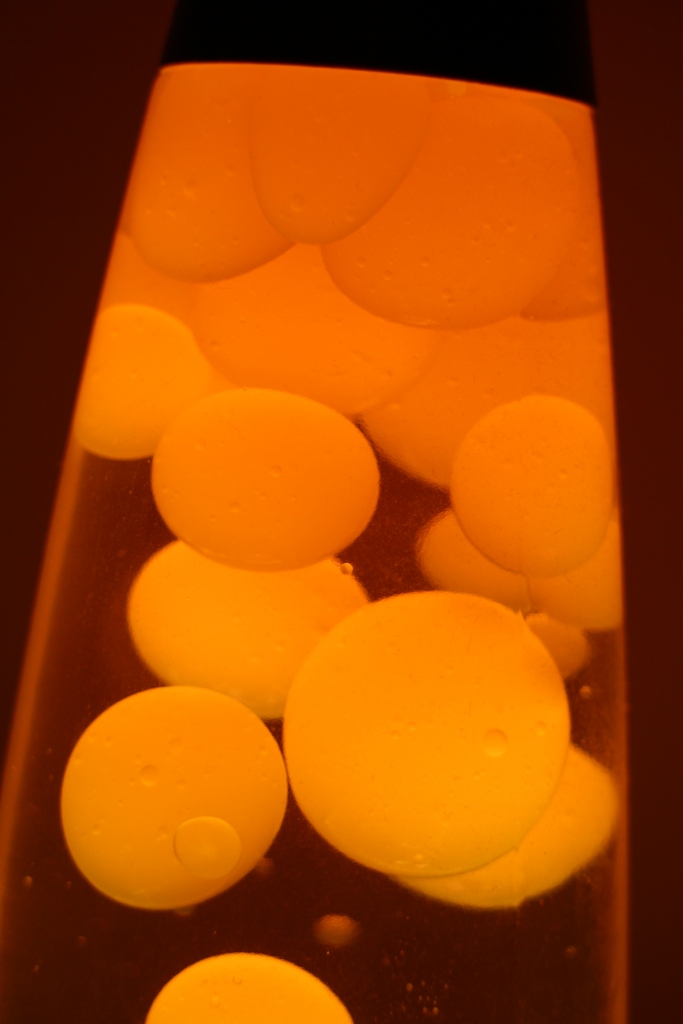 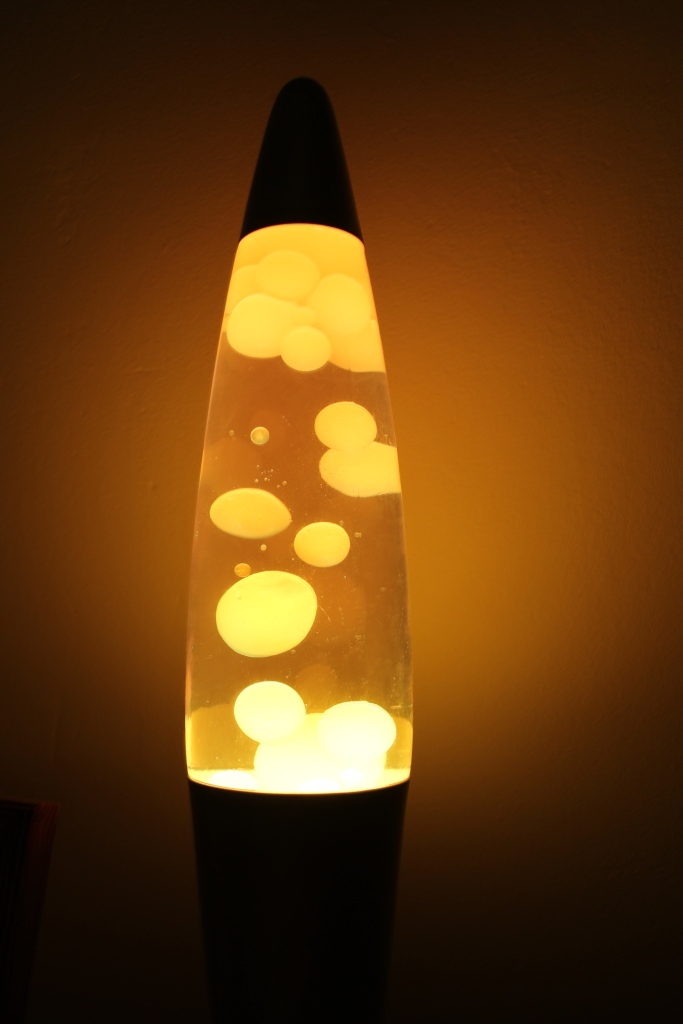 One other feature that most new cameras need to have of course, is the ability to record decent video. To test this I took the camera out and moved between close, small objects, and larger moving ones (cars and buses). Here’s the results;

As you can see the AF resisted several attempts to bring the flowers into focus, but did a fair job of tracking the cars. It’s not brilliant, especially considering that it was a bright day, but depending on your subect matter it might work for you.

As you can see the EOS M is capable of some lovely, detailed images. Getting them though, can be a chore due to the AF system. If the subjects are reasonably stationary, and light is decent, using the touchscreen shutter will negate some of the frustration, but it’s not perfect by any means. This is a real shame, as the camera is smartly designed, very well constructed, and when it gets things right it can surprise you with how good the results really are. At the current price of £250-£300 though it’s an intriguing proposition. The problem is that you can pick up the likes of the Olympus E-PL5, Panasonic GF6 or, for something more compact, the Sony RX100 Mk1 at around the same price. In the end it comes down to the type of photography you want to do. If you prefer the simplicity of your phone, but want something that will take better pictures, then the Sony is an excellent option. If you want an expandable system, but in truth mainly take pictures of the kids and a few holiday snaps, then the fast focussing of the Panasonic and Olympus will serve you proud. This leaves the EOS M in a strange place. You wouldn’t really want it as your primary camera, it’s too idiosyncratic for that, but as a backup to a DSLR, or for those days when you want to purposefully go out and take high quality photographs, it has a lot to offer, especially for under £300. The proof though is in the pudding, or more accurately the wallet. I’m currently looking for a new camera, and my budget is around the £300-£400 mark. After two weeks with the EOS M I have to say that I won’t be buying one. Yes, it can take some great shots, feels good, and will last, but in the end I don’t really want to feel that I have a work around a camera’s foibles. I want something that I can trust to get that shot, and the Canon just doesn’t give me that confidence. So I’ll pass on this one, albeit reluctantly.