iPad cases come in many forms, but this new offering from Griffin has to stand out as one of the most unusual I’ve ever encountered. 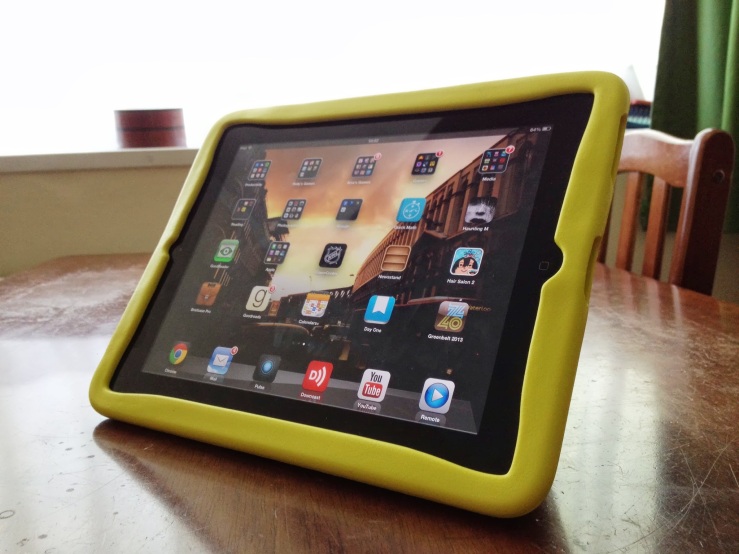 The reason for this is that unlike most other cases, which act as a folio-style protector or finicky external keyboard, the SeeSaw is primarily aimed at children. The first clue is the hard foamlike material from which the case is constructed. This acts as a solid enclosure that should survive a few knocks and even drops caused by any diminutive hands.

With the iPad inserted the screen is propped up at a comfortable angle for viewing content and occasional interaction. Typing is not really an option at this incline, but playing games, selecting answers to questions and such activities are easily accomplished. The case can also be positioned in either landscape or portrait mode, with both feeling sturdy and safe. 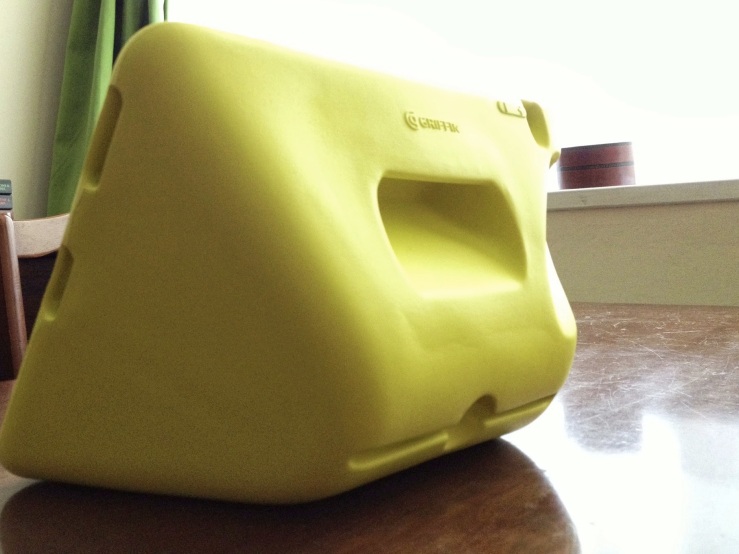 Another advantage to the design is that it’s very light, so children can pick it up with ease, especially as there is a carrying groove in the back to aid grip. Next to this is also a handy slot for storing a stylus. The unit comes in two colours – bright yellow and blue – but I must admit if Griffin were to make one that looked like the original iMacs then they might capture a much wider market of adults who would love to have something as cool as that sitting on their desks.

To test the target appeal of the SeeSaw required the employment of two laboratory children, who were immediately drawn to the colourful exterior. Within minutes they’d fitted the iPad and were lost in Youtube. One slight problem they encountered was that the volume controls required quite a degree of force to get through to the iPad underneath. This may be a purposeful restriction to aid teachers in classrooms from having umpteen iPads blaring out at full volume, and if that’s the case then it’s a sensible choice. The one main issue I can see with the design in relation to being used in a classroom is how you would store the cases when not in use? Removing the iPads every time would soon get tiresome (not to mention probably loosen the cases grip), but as the screen is afforded no protection you wouldn’t want to pile them on top of each other.

For home use though the SeeSaw is a fascinating and quite charming little innovation. If you have an older iPad then handing it down to your progeny in one of these would make a great TV-lite device for their bedroom, or a perfect study companion for their homework.

The SeeSaw retails for £29.99 and would be a cool addition to any child’s desk. Now, just give me the iMac one to put on mine…